The lineup has been revealed for the 2018 Bay Area Death Fest. The event will take place at Cornerstone Craft Beer & Live Music in Berkeley, CA on June 8-10, and it will include the following:

June 8: “The Devastation On The Nation Tour” feat. Aborted, Psycroptic, Disentomb, Ingested, Arkaik, Venom Prison, Vale Of Pnath, Signs Of The Swarm, and Behold The Desecration. 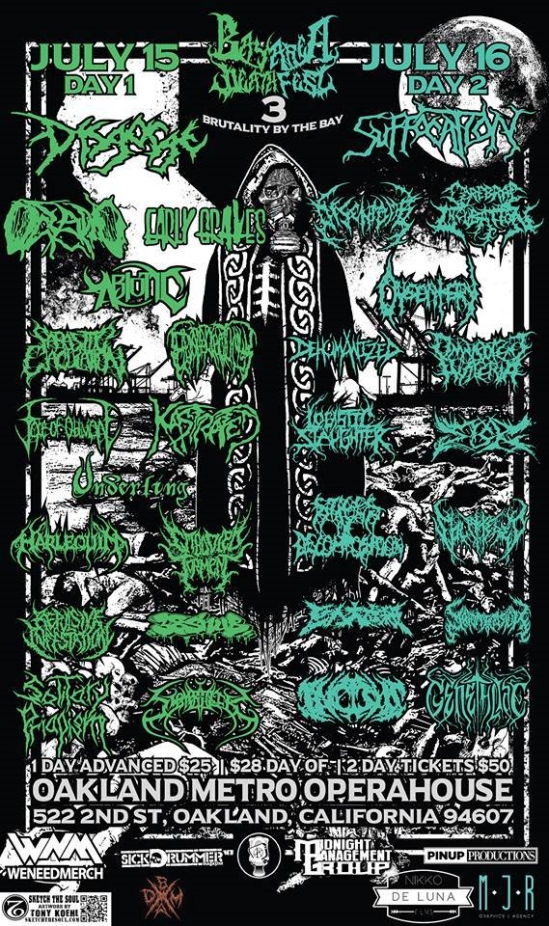 The lineup for the first day of the Bay Area Death Fest had been revealed. The festival will take place July 10. at the Oakland Metro Operahouse, in Oakland, CA, and will include: