During a recent interview with Classic Rock, Slash confirmed that Guns N’ Roses are planning to continue releasing new music. He said the following about that:

“There’s new Guns material coming out as we speak, and we’ll probably keep putting it out until the entire record’s worth of stuff is done and then put it out solid. It’s cool. I’m enjoying working on the stuff and having a good time doing it.” 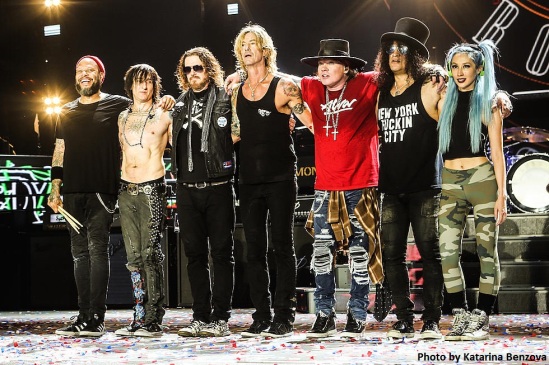