“A couple of years ago, we had some issues with band personnel. We promptly had a meeting to rectify the issues. During that meeting, our manager made the statement ‘This train don’t stop for anyone or anything.’ Being floored by that statement, singer Drew Fulton jotted it down in his notes for potential use in a future song. Fast forward to 2020 and a worldwide pandemic took the world by storm. The lyric ‘This Train Don’t Stop’ just kept knocking on our door. This song is the 2021 anthem for the people who have just had enough. Despite the odds, we won’t stop.”

Mississippi’s Magnolia Bayou will be releasing their new album “Strange Place” on September 24 and it is a must have for any rock fan.

The effort kicks off with “Dig Deep,” a rockin’ track that lets you know right from the beginning that the group have something special going on. The music has a southern fried 70’s vibe complete with the kind of soulful vocals and bluesy guitar work that you can’t help but move to. This trend extends throughout the record as fans are treated with killer songs like “Sugarspell,” “From The Other Side,” and “Thieves.”

The infectious music isn’t the only thing that keeps you hooked either. The storytelling within the songs is amazing as well. This is especially true on tracks like “Sleepin’ In The Dog House,” which deals with a man screwing up and getting kicked out while the dog gets to sleep in his bed, and “The Robber,” which deals with a man confronting a home invader.

Aside from the original music, the album also features some exceptional covers including the band’s takes on Eddie James “Son” House’s “Preachin’ Blues” and Leon Everette’s “Hurricane.” The latter is so good that it actually stands out as one of the effort’s highlights alongside the aforementioned “The Robber,” the catchy “Tupelo” and the slow jam “Sweet Magnolia.”

All in all, “Strange Place” is a rock masterpiece that has the potential to take Magnolia Bayou to new heights. 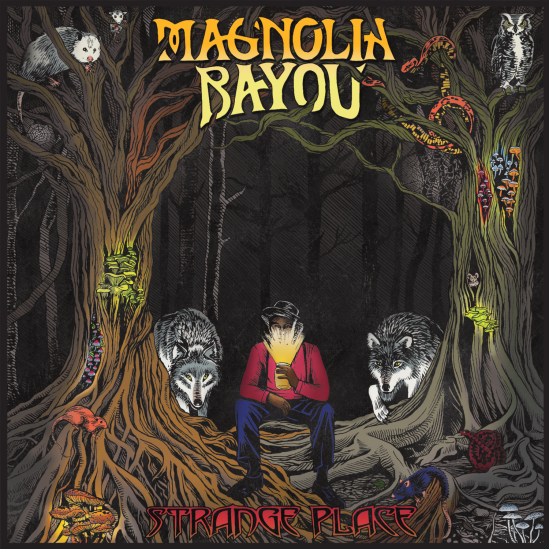