The Loud Fest at GameChangerWorld in South Howell, NJ yesterday (November 4) ended up getting shut down by police after “an altercation between a private contracted security officer and a few concert goers.” Despised Icon, Knocked Loose, Internal Bleeding, On Broken Wings, and more were all scheduled to perform at the event. 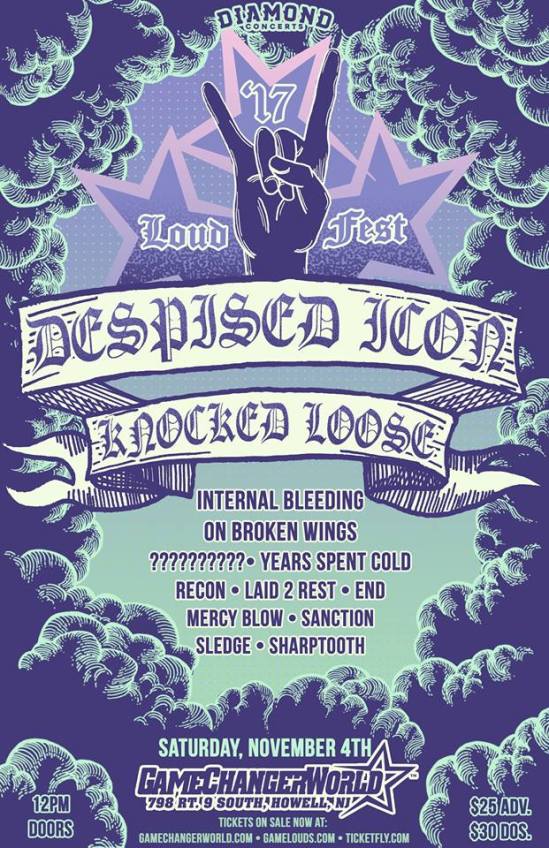 “A message from GameChangerWorld & Diamond Concerts:

Due to an altercation between a private contracted security officer and a few concert goers, Howell Township Police cancelled the remainder of tonight’s scheduled show.

GameChangerWorld security and staff were NOT involved in the altercation and supported the Howell Police as needed.

Media reports of multiple injuries and transports are fabricated. Howell Police responded to a 911 call and with our staff, we were all able to exit the venue. Any reports of the contrary are not true.

GameChangerWorld has never had any problems with any of our crowds over the 4 years we have been in Howell and tonight’s incident with our security contractor will be reviewed and addressed so future incidents are avoided.

We appreciate the fans and artist support. GameChangerWorld management is cooperating with Howell Police as they investigate the incident between the security officer and the entire situation.

We also appreciate the fans for their cooperation and despite negative comments surrounding the incident, you all pulled together and evacuated the premises. This is not something that typically happens so thank you all for your patience throughout the night.”

A majority of the lineup has been revealed for the 2017 Loud Fest. The event will take place on November 4 at GameChangerWorld in South Howell, NJ, and it will feature: Despised Icon, Knocked Loose, Internal Bleeding, On Broken Wings, Jesus Piece, Years Spent Cold, Recon, Laid 2 Rest, End, Mercy Blow, Sanction, Sledge, and Sharptooth.