Beast In Black have revealed the cover art for their new album “From Hell With Love.” That effort will be released on February 8 via Nuclear Blast. Anton Kabanen (ex-Battle Beast) commented:

“This album was forged with passion, fury, love, dedication and I would even dare to say with maniacal obsession. And once again, the stunning artwork by Roman [Ismailov] perfectly captures the essence of what it was made of. This album is truly a creation that will burst from hell with love.”

“It resembles a love-hate relationship in things that are part of our lives. Some things are like a beast that is almost impossible to tame. Then there is the love in what you do, which can overcome even the hardest obstacles.” 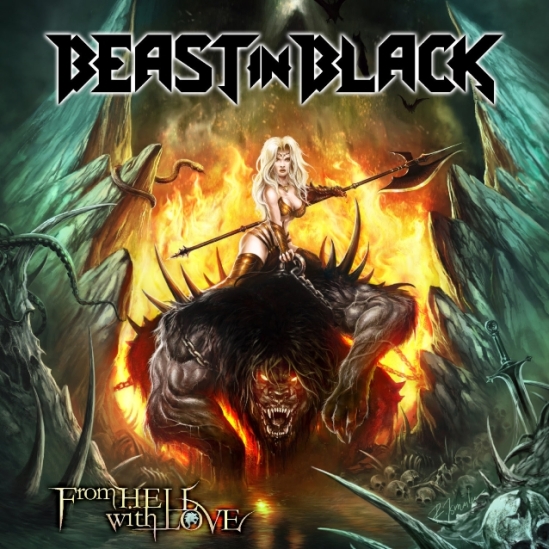