Queens Of The Stone Age have cancelled their August 12 set at the 2017 Outside Lands Music Festival in San Francisco, CA,due to injury. Cage The Elephant will now be performing instead. Festival organizers commented:

“Due to injury, Queens of the Stone Age‘s previously announced appearance August 12 at Outside Lands has been cancelled. Queens apologize for any inconvenience caused & look forward to returning to the Bay Area at a later date. We are happy to announce that Cage The Elephant will now be joining the Saturday, August 12 lineup at Outside Lands.”

The full event will take place on August 11-13 at the Golden Gate Park in San Francisco, CA, and will also include Metallica, The Who, Royal Blood, etc. 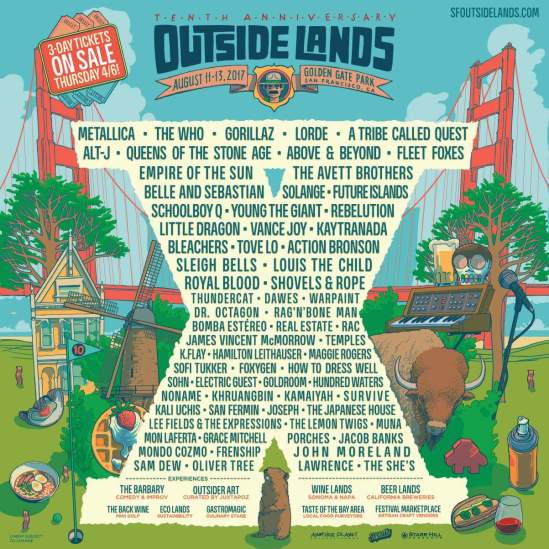 The lineup has been revealed for the 2017 Outside Lands festival and it can be seen in the below poster. The event will take place on August 11-13 at the Golden Gate Park in San Francisco, CA. Rock artists set to appear include Metallica, Queens Of The Stone Age, The Who, and Royal Blood.