Every Time I Die have announced the dates for their 2021 “‘Tid The Season” shows. The concerts will take place on December 10-11 at Buffalo Riverworks in Buffalo, NY and tickets will be available this Friday (July 23) at 10:00am EDT.

A post shared by Every Time I Die (@everytimeidie) 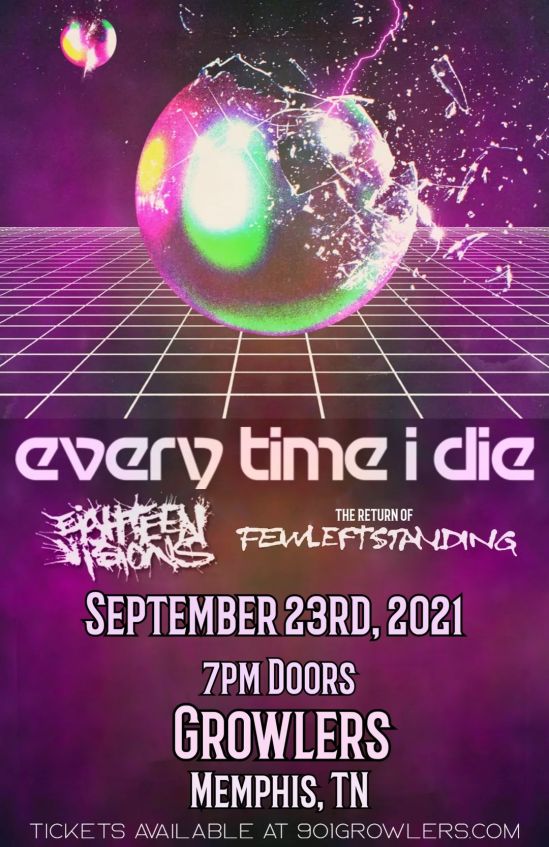 Every Time I Die are among the artists who will be performing as part of the virtual “Frqncy1” festival. That event will stream on June 5 and tickets can be found HERE.

Every Time I Die have announced a 2022 UK tour with The Bronx, Jesus Piece, and Sanction. Here’s the dates:

In January, Cave In and Every Time I Die covered each other’s songs as part of a new “Two Minutes To Late Night” livestream series called “Splitsville.” At the time, an interview was also conducted with Cave In’s Adam McGrath and Every Time I Die’s Andy Williams, who touched on a number of topics including the possibility of a collaborative tour featuring both bands. 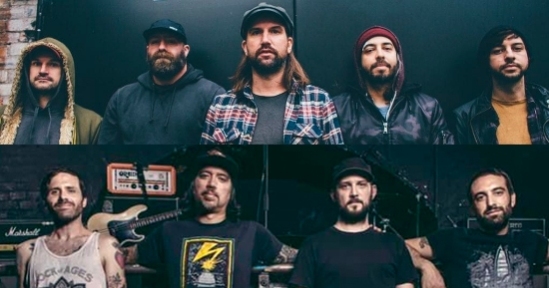 Williams said the following while discussing the “Splitsville” livestream:

“Me and Nate [Newton, Cave In, etc. bassist] were texting after the show, like ‘Yo, after this there has to be an Every Time I Die/Cave In tour, where like we’re all on-stage with two drums and everything and play both songs’, it would just be the best.”

In other news, McGrath also offered an update on the new Cave In album:

“We are writing a record. We did a session with Kurt [Ballou, producer/Converge guitarist], we have five songs recorded right now. We hope to have an hour and a half of music recorded by the spring, we’ve been truckin’ away with that. I see Steve [Brodsky, Cave In, etc. vocalist/guitarist] every two weeks, we do three-day hauls, then he goes back to New York. So we practice like three days in a row and then he goes back.

Every Time I Die have premiered a lyric video for their new song “AWOL.” This is the third track to be released from the band’s upcoming album.

“Listen up nerds, we’re stoked to welcome ya’ll to Splitsville: our new recurring live stream where we get two bands we love to cover a song from each other’s catalog. It’s a video homage to the classic 7” vinyl cover splits of the past. This first Splitsville is going to be between Massachusetts space rock legends Cave In and Buffalo hardcore party kings, Every Time I Die. Their song choices will remain a mystery until the premiere of the stream – even from each other! The stream will also feature exclusive crossover/mashup merch for both bands you can only buy during the 24-hour stream. Splitsville will stream at twominutestolatenight.bandcamp.com on January 29th at 8pm EST for 24 hours. Pre-order your tickets now! Huge thanks to hate5six for loaning us footage for this extremely professional sizzle reel. Be sure to follow and support them!”

Pro-shot footage of Every Time I Die’s December 14, 2019 set at their “Tid The Season” event in Buffalo, NY has been shared by hate5six. You can watch that below. If you missed it, footage of their December, 13, 2019 set at the event is also available HERE.

Every Time I Die have premiered two new songs, “A Colossal Wreck” and “Desperate Pleasures.” Keith Buckley said the following about those:

“[The tracks are] two sides of the same reactionary coin. While ‘A Colossal Wreck’ looks around at the current state of the world and says ‘life is a punishment and only the worst of us thrive,’ ‘Desperate Pleasures’ takes a more optimistic approach and renounces the nihilistic/accelerationist attitude of the voice that came before. It says that without hope, even in the face of such universal anguish, only death is certain and to give up now when those around us need it most is a treacherous act of pure cowardice. That said, I’m not sure which is worse, being a coward or being a cynic. Probably a coward. At least cynics have a sense of humor.”