August Burns Red have revealed the artists that will be joining them at this year’s “Christmas Burns Red” shows. Here’s the dates and lineups: 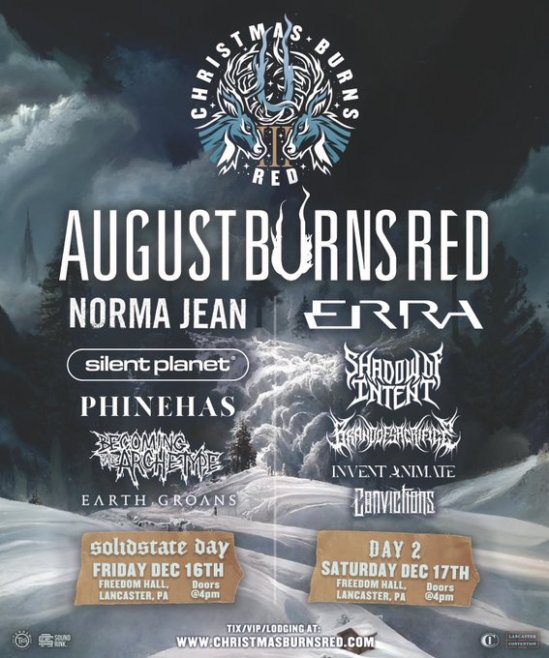