Bloodbath and Dismember have dropped off the 2022 Maryland Deathfest. Autopsy and Demolition Hammer will be taking their places. As previously reported, the festival will be held in Baltimore, MD on May 26-29.

Festival organizers said the following about this latest development:

“It sickens us beyond belief to have to post this, but both Dismember and Bloodbath are no longer playing MDF.

…As you can see, in both instances, this is entirely out of our control. We understand how disappointing this news will be for many of you and we can certainly relate, as this is the absolute last thing we wanted to have to post in the 11th hour before the fest finally transpires.

We understand that emotions will probably be running high over this news, but we personally don’t have time to dwell on it, as we, along with all of our staff, are working tirelessly to welcome the 91 bands that are still scheduled to play at MDF in just 2 weeks, so we can’t lose sight of that.

Quite a few foreign bands that are due to play MDF are already in the US, and we know that all of the other foreign bands meet the requirement to enter the US and aren’t dealing with visa issues. While there’s always a possibility for something unexpected to occur, we feel like this is the worst of the news that we’ll need to drop on you…”

“Due to the Covid-19 restrictions still active for entering the U.S., we are forced to cancel our appearance at Maryland Deathfest this year. We held our hope that the U.S. would follow other countries example and end the mandatory vaccination demand. With less than a month to go “that” has not happened and therefore we see no other choice than to cancel.”

Bloodbath previously issued a statement regarding this cancellation and the postponement of their North American tour as well:

“First of all, this is an announcement we hoped we would never have to make… But now left in anger and frustration, we are unfortunately forced to postpone our North American tour and our appearance at Maryland Deathfest, yet again.

Despite applying for our visas over seven months ago (a process that should take three), they have still not been processed in time due to reasons beyond our control. We’ve done absolutely everything we can to try and salvage this bullshit and make this tour finally become reality, but we have to accept our fate at this point, that it will simply not happen.

Given that this is the third time this tour has had to be postponed, we both feel and share your disappointment, but we assure you that despite the hardships associated with this tour, we have not given up and consequently will reschedule the dates as soon as we’re able to rid the bureaucracy and lift this curse of delusion.

Until then, stay safe and stay strong and we hope to see you all sooner than later.

Refunds for all the club shows will be available from your point of purchase.” 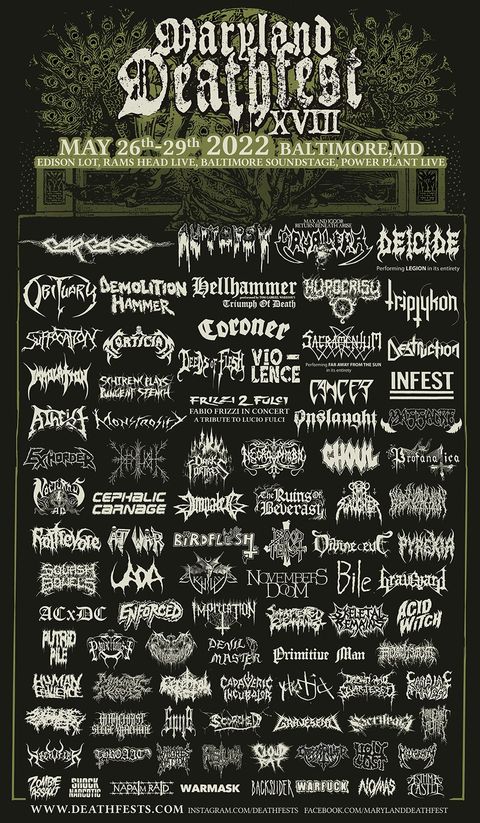