During a recent interview with Revolver, Ghost frontman Tobias Forge revealed the inspiration behind the latest costumes for his backing band, The Nameless Ghouls. He said the following:

“I wanted a sort of militant look, but any time you have people in uniform and in plural, you end up with a slight military vibe. But I wanted to progress that from cult members to more like an army. So you have a little bit of Thirties European there, and also old air-pilot helmets. As a ‘Star Wars’ fan, I’ve always been into the Tusken Raiders and their sort of lifeless look, so that was also part of it.” 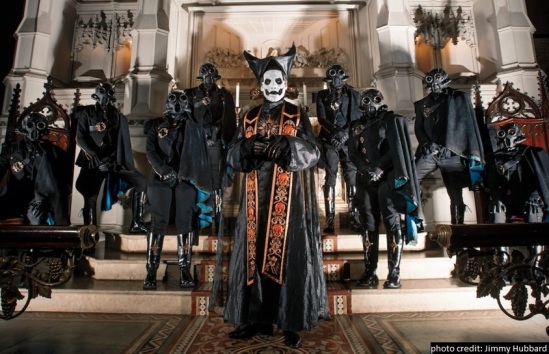