Last night (December 17), Metallica took the stage at the Chase Center in San Francisco, CA. The special event was the first of two 40th anniversary shows and it was definitely a night to remember.

The band were firing on all cylinders as they shredded through a career-spanning set full of deep cuts and hits. To make things even cooler, the songs were performed in chronological order of when they were released. With this in mind, the band kicked things off with “Hit The Lights” off their debut album “Kill ‘Em All.” It was a perfect opener that pumped up the crowd right from the start.

The energy was infectious and continued to grow as the band moved onto “Ride The Lightning”-era tracks, “Creeping Death” and “Trapped Under Ice.” The latter was especially exciting considering it hasn’t been played live since 2012.

From there, the group continued to pull out bangers like “Welcome Home (Sanitarium)” and “Orion” from their “Master Of Puppets”-era and “The Shortest Straw” and “One” from their “…And Justice For All”-era. The fan-favorite tracks hyped up the crowd even further as the band prepared to rock their ’90’s-era material.

As expected, that part of the show began with tracks from “The Black Album.” This included a bombastic performance of “Sad But True” and a beautiful performance of “Nothing Else Matters,” before things seeped into the “Load” and “Reload”-era with killer performances of “King Nothing” and “Fixxxer.” Notably, this marked the first time that “Fixxxer” was performed live, making it one of the coolest parts of the set.

At this point, the band pulled out their classic cover of Budgie’s “Breadfan” from “Garage Inc.” and “No Leaf Clover” from “S&M.” These were two more highlights from an already awesome set and they helped bridge the gap between the ’90’s and 2000’s.

When it was time to enter the 2000’s, the band blasted through a chaotic performance of “Frantic” off of “St. Anger.” It offered a perfect juxtaposition to the slow-burning “The Day That Never Comes,” which represented the “Death Magnetic”-era with style. From there, the group wrapped up the show with an explosive performance of “Spit Out The Bone” from their latest album “Hardwired… To Self-Destruct.” The heavy track was a perfect end to a fun night that took everyone through Metallica’s massive 40-year history.

Aside from the awesome music, the concert also featured striking visuals, special 40th anniversary clips, insane pyro, and incredible lighting that actually extended to the audience through special light-up bracelets that were provided to everyone in attendance. All in all, it was an amazing night on all fronts. 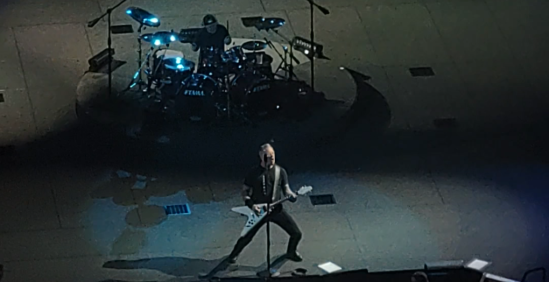 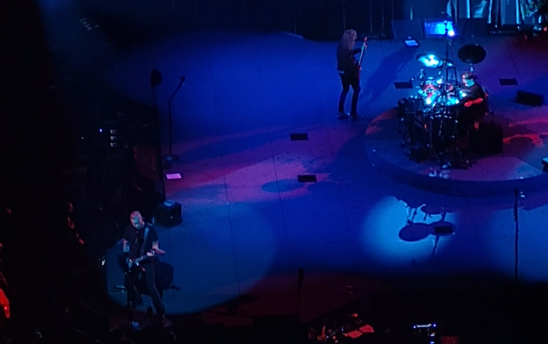 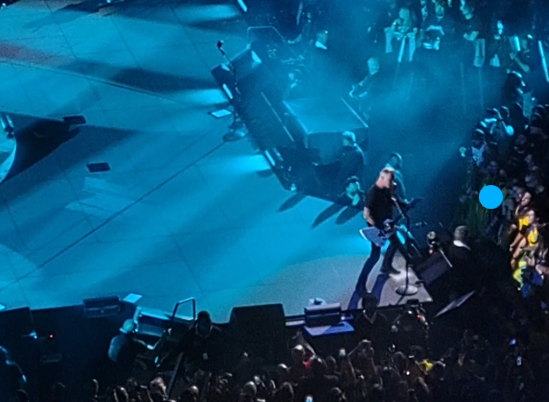