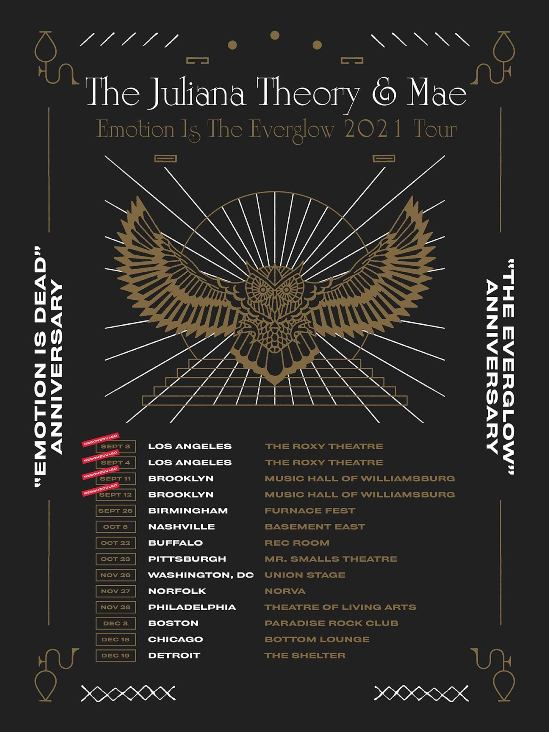 “When we made ‘Emotion Is Dead‘ on a shoestring budget inside a tiny garage in Arkansas we never imagined that 20+ years later we’d be playing shows for people who wanted to celebrate this record’s existence with us all these years later. It’s an album that changed my life and I cherish the opportunity to be able to share the experience of community through music – especially considering the absence of that connection this past year.”

“It was fun to be in a band, 21 years ago, writing songs with friends, sharing laughs at inside jokes, and generally just delaying adulthood in any way we could. Now 20 years later, we actually get a chance to celebrate a snapshot in time: one where we can play a collection of songs we wrote, while having some of the best times of our lives. A world where we can play music on a stage, and share those same feelings with many of the same people that were with us 20 years ago. What a fucking time to be alive!”