Y&T’s new documentary, “Y&T: On With The Show – The Documentary,” will finally be released on DVD on November 26 and on Blu-ray on December 31. The effort, which can be pre-ordered HERE, will come with the following:

Y&T “On With the Show” Documentary. 2 disc set including the actual documentary (143 minutes) with 8 deleted scene bonus material, plus an “Encore” disc (137 minutes) with 9 special featurettes – for a total of nearly 5 hours of material. Available in DVD. (Blu-Ray coming soon.) 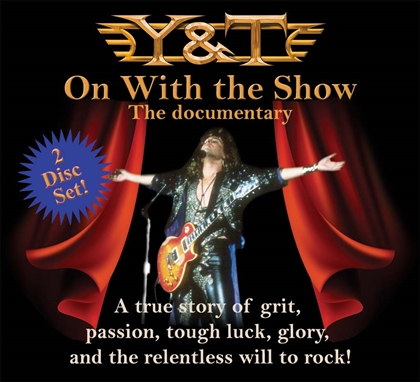