A couple of tracks from Tool, A Perfect Circle, etc. frontman Maynard James Keenan’s first band TexA.N.S., aka Tex And The Anti Nazi Squad, have surfaced online. Keenan’s former bandmate Mike Meengs has shared two songs the group recorded in the late 80’s including a live version of “Tweeked & In God We Trust” with Keenan on bass and “Who Leads You“ with Keenan on vocals. 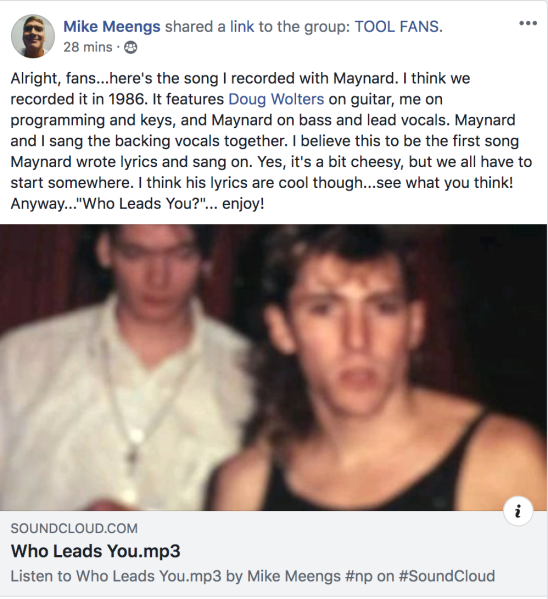