If any of you were fans of the show Metal Evolution, like me, you can now see the lost episode about Extreme Metal online. The episode focuses on sub-genres like black metal, death metal and grindcore, and was deemed to “extreme” for television. So, after a lot of work and a successful IndieGogo campaign the episode was finished and is now available for free. Along with this news, Banger Films has also stated that the show will continue to run online, so they can bring things to the metal community without censorship. 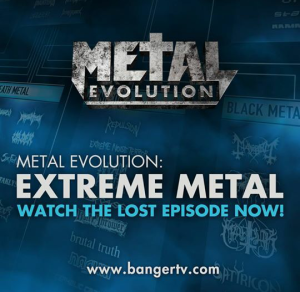