During a recent interview with Sobre La Dosis, Dethklok drummer Gene Hoglan (ex-Testament, etc.) revealed that the band are working on a new album and may even play some live shows to coincide with the release of the upcoming “Metalocalypse” movie. He said the following:

“One of the larger projects that’s coming up really directly as well is Dethklok is working on a movie. So that’s gonna entail some definite intent from me. You know, I’m deeply involved in that, so we’re working on the next album, the soundtrack — well the movie doesn’t quite have a soundtrack to it — but we’re gonna have the movie, we’re gonna have the album for Dethklok, and I would imagine some touring as well.” 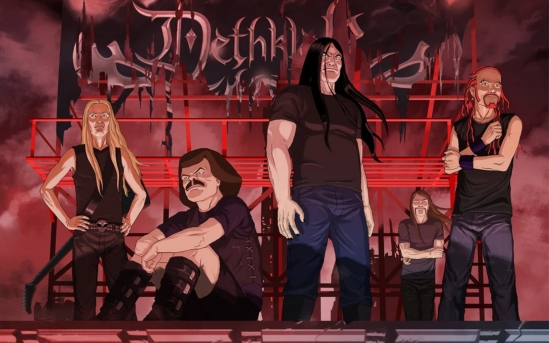