The Austin Terror Fest will be rebranded as Oblivion Access in 2020. The event will be held at Barracuda, Empire Control Room & Garage, and Mohawk in Austin, TX on June 5-7 and it will feature: Swans, Converge, Lil Ugly Mane, Anna von Hausswolff, Despise You, True Widow, and Primitive Man. The following was said about the name change:

“The new name, Oblivion Access, is meant to serve as an homage to Lil Ugly Mane’s 2015 album of the same title. Still ringing true to the festival’s original identity, Oblivion Access will continue to provide fans with some of today’s most sought-after heavy metal, experimental, and punk rock music performances. The festival will also expand into new genres and sounds, continuing the transition that began during last year’s festival to make the event a more inclusive and encompassing celebration of both counterculture and experimental music.” 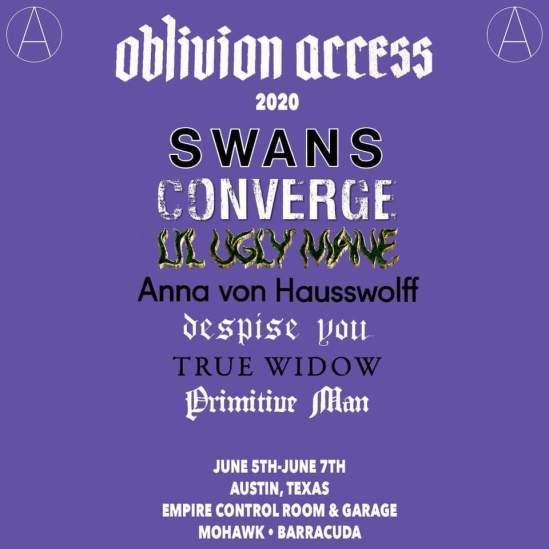