During a recent interview on “Talk Is Jericho,” Daron Malakian discussed System Of A Down’s failed attempts at making a new album once again. According to him, “creative differences” between frontman Serj Tankian and the other members of the group are largely to blame for the lack of output. 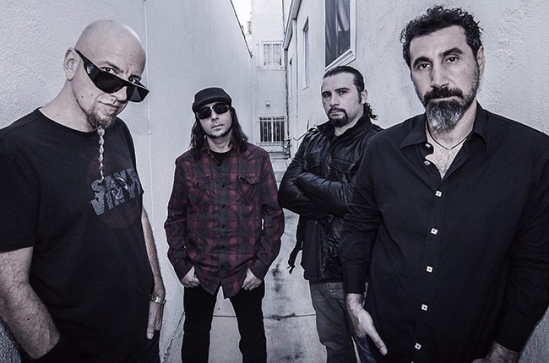 “SYSTEM had a certain way of putting together the albums and the music, and I guess that was me writing and all that, and producing the records, along with Rick [Rubin]. And Serj wants to do things a different way. And it’s not just me — it’s kind of three of us that don’t necessarily see eye to eye with where he would wanna take the band. So that’s kind of where we’re at. A lot of people think it’s just between me and him, and that’s not really the case.”

Despite this, Malakian says all the members of the band still get along:

“I don’t hate anybody in my band. A lot of people are, like, ‘Well, creative differences.’ In our case, that’s the truth. It really is a creative-difference type of thing where a few of us wanna take the band and where someone wants to take the band in another way. And it’s a creative-difference thing. When it comes to happy holidays, Easters, birthdays, we’re all still cool, we all consider each other like a family. SYSTEM OF A DOWN is a special thing, and it’s us four. Like I said, in our case, there is none of that, ‘I can’t stand seeing the guy eat a hamburger.'”

Malakian previously made headlines in July 2018 after basically saying Tankian was the one standing in the way of a new album. Tankian then responded with a lengthy statement to offer a more detailed explanation as to why the band haven’t created new music. Shavo Odadjian then chimed in by saying the group aren’t fighting and that they actually “have material that tops everything [they’ve] done.” However, Tankian then shot that down saying nothing has changed since the original public dispute. More recently, Malakian said he doesn’t think the band will make a new record anytime soon.