Aftermath’s new album “There is Something Wrong” will be released on Friday (February 15) and I was given an opportunity to listen to it early. The effort is their first since 1994’s “Eyes Of Tomorrow” and it really packs a punch. 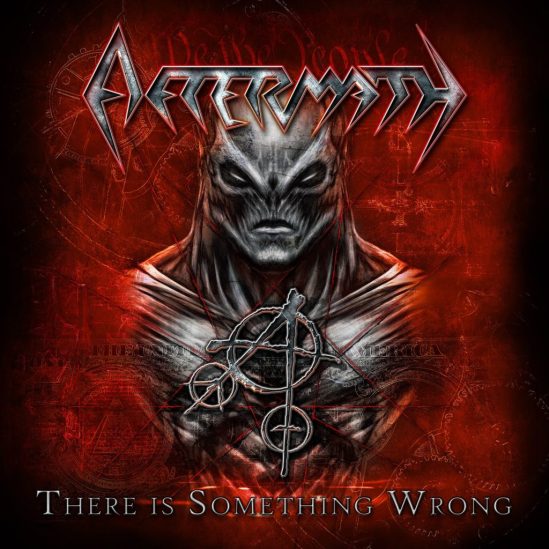 Musically, the group mixes elements of their crossover thrash roots with elements of the technical/progressive style that one may find on “Eyes Of Tomorrow.” For instance, a song like “Smash, Reset, Control” will appease those looking for a classic sounding crossover track, while a song like “Gaslight” will appease those looking for a bit more technicality.

Lyrically, the album deals with the concept of control and power. It urges people to take a look at what’s wrong with the world and try to find out the truth about who is really pulling the strings. One lyric from the song “FFF (FalseFlagFlying)” really sums this up: “Know your enemy.” The band are essentially saying world governments are set up as a way to brainwash people, while the real enemies hide behind the scenes. This is why people need to wake up and fight before things grow even worse than they are now. The only problem is, this can seem impossible due to the way the system is rigged. As the track “Diethanasia” says: “Doctors destroy health,” “Government destroys freedom,” and “Media kills information.”

Basically, the album is a full on thrash attack that definitely has an agenda. In the end, it’s up to the listener to decide what they want to believe, but that fits the concept perfectly, because thinking for one’s self is important in these fucked up times.

2 responses to “Album Review: Aftermath’s “There Is Something Wrong””