Jinjer have premiered a lyric video for their new song “Dreadful Moments.“ This track is from the group’s new EP “Micro,“ which will be released on January 11. The band commented:

“This is the darkest song we have ever made both musically and lyrically. Something that will make you live through all the horror so many people had to experience over all their childhood, something that will never let you stay indifferent.”

Borknagar have officially started the recording process for their new album. The band posted the following:

Slipknot have shared a behind the scenes look at the making of their “All Out Life“ video. That clip originally debuted on Halloween (October 31) and it was directed by M. Shawn “Clown” Crahan. The song will appear on the band’s new album, which they plan to record in January. A summer 2019 release is expected.

Beast In Black have premiered a new video for their new song “Sweet True Lies.” This track is from the band’s new album “From Hell With Love,” which will be released on February 8. Bassist Mate Molnar commented:

“After the huge success of ‘Blind And Frozen’, we wanted to come out with something more interesting and original as the second official music video of the band. I believe ‘Sweet True Lies’ is loveable but also shocking at the same time and I’m sure it will move the hearts of our fans!”

Metal Church have shared a mini-documentary on the making of their new album “Damned If You Do” (out December 7). You can check that out below:

According to Billboard, AEG filed a lawsuit against Danny Wimmer Presents in a Los Angeles, CA superior court yesterday (November 29). The two previously co-owned and co-promoted Rock On The Range and Carolina Rebellion, but after their partnership dissolved, Wimmer re-branded the festivals as Sonic Temple Art + Music Festival and Epicenter. AEG’s attorneys say Wimmer “relied upon deceit and fraud to achieve its goal of stealing these highly acclaimed festivals.” Billboard goes on to say the company are “suing Wimmer on 25 civil counts, alleging breach of fiduciary duty, fraudulent misrepresentation, breach of contract, unfair competition and trademark infringement.” However, the site also said industry sources have told them that “their deal also included language that allowed either side to walk away from the agreement and create a competing event.” You can find more info HERE.

At The Gates will be releasing two new EPs on January 11. They include a limited seven-inch EP titled “The Mirror Black” and a digital EP titled “With The Pantheons Blind.”

The seven-inch will feature the title tack and “Daggers Of Black Haze,” both of which include guest vocals by Rob Miller (Amebix, Tau Cross). Here’s the available options:

Tomas Lindberg said the following about the seven-inch:

“The idea of getting guest vocalists on board for the bonus tracks for the album was us trying something new again… This time we wanted to get other artists involved in our music, getting their takes on our new songs. It was a pleasure working with everybody and all songs grew immensely in the process. The songs we did with Rob Miller was for me personally something extra. Of course, people who know me know that I am a massive Amebix fan. And I love the more recent stuff with Tau Cross too. I had no idea what to expect. But the songs grew so goddamn much together with Rob’s powerful voice. We decided early on that these versions were worthy of their own release. This is for me personally one of the greatest achievements of my career, to share the vocal space with one of my favorite vocalists of all time. I am so proud of this release. Hope everyone else gets as much joy out of it as I do.”

As for the digital EP, it will come with six bonus songs from the “To Drink From The Night Itself” sessions. Here’s the track listing: 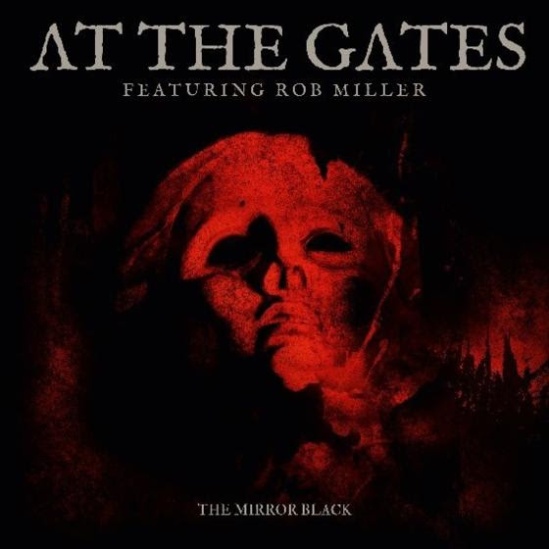 Within Temptation have premiered a new video for their song “Raise Your Banner.” This track features Anders Fridén (In Flames) and it will appear on the band’s new album “Resist” (out December 14).

Emigrate, the project featuring Rammstein guitarist Richard Z. Kruspe, have premiered a new video for “You Are So Beautiful.“ This track is from the group’s new album “A Million Degrees,” which was released today (November 30).

Apocalyptica have shared live footage of “Enter Sandman” from their “Apocalyptica Plays Metallica by Four Cellos – A Live Performance” release. That effort will be available on December 7 as a 2CD+1DVD digipak and digitally. A 3LP+1DVD+download code package will follow on February 8. The DVD features the band’s set at the Finnish Savonlinna Opera Festival. The CD/digital formats will include one of the band’s three sold-out shows at the Tavastia club in Helsinki, which took place in September.