Rancid have premiered a new new track titled “Where I’m Going.” This song is from their new album, “Trouble Maker,” which will be released on June 9.

“American Valhalla,” the new documentary about Iggy Pop And Josh Homme’s (Queens Of The Stone Age) “Post Pop Depression” album and tour, is now set to hit theaters on June 6. You can find an extended trailer for that below.

Here’s a description of the film:

Directed by Andreas Neumann and Joshua Homme, American Valhalla tells the story of an unlikely musical collaboration between two mavericks of American rock: Joshua Homme, frontman of Queens of the Stone Age and Iggy Pop, the Godfather of Punk. The film follows the recording of Iggy’s final album ‘Post Pop Depression’ in the California desert, with his band comprising of Homme, his QOTSA bandmate Dean Fertita and Arctic Monkeys’ drummer, Matt Helders, as well as the explosive tour that builds to a crowning performance at London’s iconic Royal Albert Hall. Featuring stunning cinematography and intimate access, American Valhalla reveals the growth of an intense bond between the musicians who have taken to heart the mantra: “you risk nothing you gain nothing”.

Broken Hope have posted the second webisode in a series about their new album “Mutilated And Assimilated.” That effort will be released on June 23.

Projected (Sevendust, Alter Bridge, etc.) have posted an EPK for their new album “Ignite My Insanity.” That effort will be available on July 21, with details available HERE.

Rammstein have posted a new live video for “Mann Gegen Mann.” The footage comes from their “Rammstein Paris” live release which was released on May 19. That effort features the band’s March 2012 shows at the Palais Ominsports de Paris-Bercy in Paris, France.

Jesse Leach (Killswitch Engage) has commented the new Times Of Grace material he is writing. You can see what he had to say in the below Instagram post:

The lineup of artists participating in this year’s Adult Swim Singles series. Some of the more metal artists taking part in the campaign include: Code Orange, Pallbearer, Sleep, Witch Mountain, Wolves In The Throne Room, and Zeal & Ardor.

For those who are curious, here is the complete list of artists for 2017 AS Singles. WE DONE GOOD YA'LL pic.twitter.com/6mwYqsBE20

Northlane have premiered a new video for their song “Solar.” This song is from the band’s latest album “Mesmer.”

Incantation have revealed that their new album “Profane Nexus” will be released on August 11. You can find a teaser for that below:

In other news, the band have also revealed that they will appear in the upcoming horror film “Death Metal,” which drummer Kyle Severn has been working closely on with writer/director Michael Kuciak. The movie is about fictional metal band called Abyssinister, who “inadvertently write a song so evil that anybody who hears it falls under a deadly curse.” The band’s cameo will be filmed on June 8 at the Agora Ballroom in Cleveland, OH. Fans are welcomed to attend. 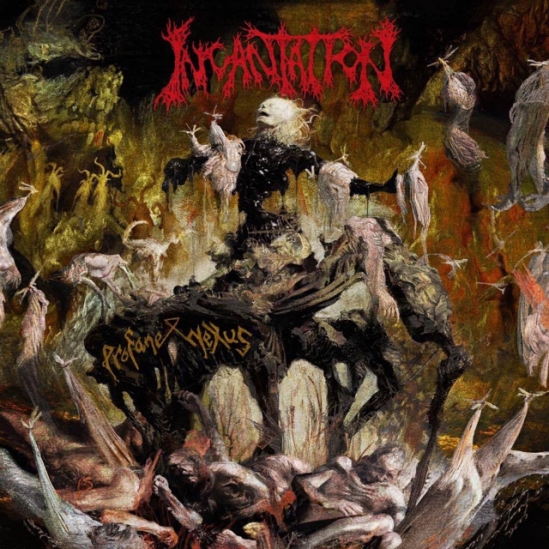 Fragile Mortals, the band featuring Generation Kill members, along with Daryl “DMC” McDaniels (Run DMC), have premiered a new photo video for their new song “Whispers Of Death.” This song is from the band’s upcoming debut album “The Dark Project.”