Today Is The Day frontman, Steve Austin was involved in a serious van crash, along with the band’s merch guy, Trevor. Luckily, both of them will recover, but the upcoming Today Is The Day tour has been cancelled. 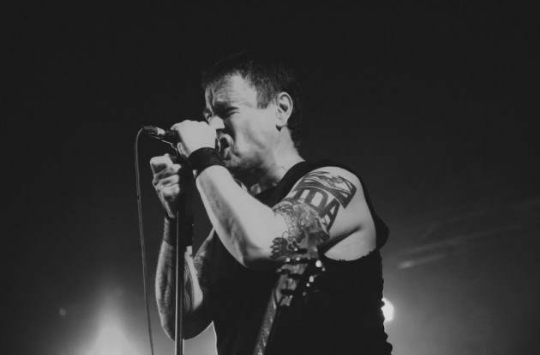 “At 9:30 PM last night while driving to New York to meet up with our Drummer, our van was struck by an out of control car that had collided with another car. My dear friend and TITD merch man Trevor and I had just left my home in Orland, Maine after a 4 day Thanksgiving break in between tours. We had just completed 50 + Shows since October 7th, both Headlining and Main Support for EYEHATEGOD. Our band was set to play 23 more shows starting tonight in Pittsburgh.
We had been driving for 4 hours and had just crossed into Massachusetts.
Suddenly, Trevor said Look Out! I looked towards the passenger window and saw a car heading in a straight line for the side of our 15 Passenger Van. The car was within 3 feet when he saw it and it nailed us perfectly in the side spinning us around 180 Degrees, followed by flipping the Van UPSIDE DOWN. Trevor and I were thrown super hard inside the Van with Glass bursting all around us, hot transmission fluid pouring down and sparks flying everywhere as the Van was sliding backwards and upside down the Middle of I-495 interstate. I truly felt at that moment that I was going to die.
When we came to a stop, I held on tight and waited thinking the next thing that would happen would be a car finishing us off and slamming right into us. I screamed to Trevor to get out of the van immediately for fear that it would catch on fire and explode. We crawled through the Driver and Passenger windows worried that oncoming traffic would hit us. Once out, we made our way to the guard rail. Disoriented and in Shock I was emotionless.

In one terrible second:

EMT’s arrived and Fire Dept. They took me and Trevor by ambulance to the hospital. Cat Scans, X-Rays and Morphine was given. My left arm was cut up by broken glass and the left side of my body was badly beaten and bashed on. We stayed in the hospital for 8 Hours and were finally released early this morning. When we got out the room we had reserved was gone and we spent another hour trying to find shelter and a place to regroup.

It goes without saying that It was Truly a Miracle that he and I were not killed yesterday. Fuck Black Friday and all that it stands for. People had been driving wildly going from store to store to save $10 bucks in the name of xmas. The capper was that the 2 cars that had collided were full of liars that would not admit they were the ones who hit us even though the police can paint match who did.
I am beaten and bruised and recovering. With the help of my friend Aarne Victorine that plays in UXO with me and his friend, we were able to pry open the back door with a winch to be able to get our broken stuff out of the van a few hours ago and rent a U-Haul to be able to get what’s left home.

I am devastated and still in shock since this happened. I am extremely sorry to the fans in the towns that we were supposed to play in over the next few weeks. If we weren’t injured so badly, I would have still wanted to try to make it to you some how. But for now, I am a father with 2 kids, wife and 2 dogs trying to figure out how to move forward after losing everything yesterday. I just want to let everyone know, that Trevor and I will be ok. It will take some time. Mentally, it was just way to heavy to deal with and we will need some space and time to try to make sense of what just happened.
I leave for home in the morning and will begin to pick up the pieces after I get to feeling better and can physically address the things going on.

Take care of yourselves out there during these holidays. People are careless and drive crazy during this time of year and no matter how careful you are, the other drivers can take your life in a second. I am thankful to be alive right now and can’t wait to be with my family. Again, don’t worry. If what happened yesterday didn’t kill me, I don’t know what could. Love and Peace to everyone. If you don’t hear from me, for a while it is because I am just trying to get myself back together.”

In This Moment have premiered a new video for their song “Big Bad Wolf.” This song is from the band’s new album, Black Widow, which was released on November 18.

Check out the video:

Marduk have revealed the details for their new album, Frontschwein. It will be released on January 19, in Europe via Century Media and will contain 11 new tracks. 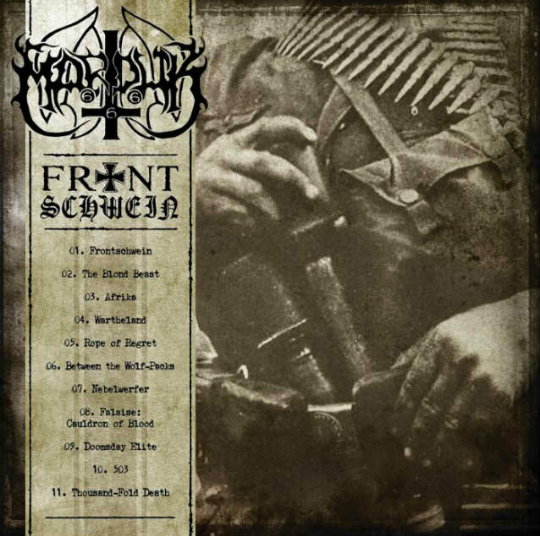 Check out the new track “Rope Of Regret”:

Borknagar vocalist, Andreas ‘Vintersong’ Hedlund has been hospitalized, after sustaining a head injury, seven days ago. The band waited to comment until Hedlund was able to comment himself. 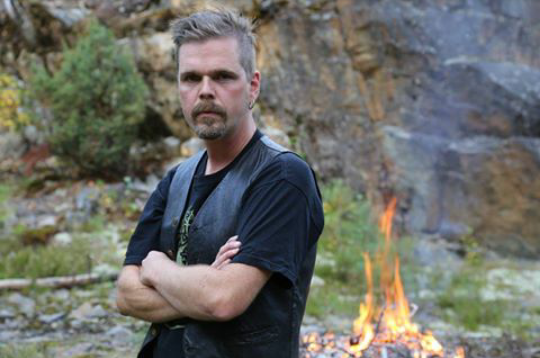 Hedlund said the following about his condition:

“Seven days ago I was injured in an accident leading to some quite heavy down grade of my physical condition. I fell down and crashed head first on a concrete floor while helping out with a moving some furniture. The accident is only to be blamed by myself due to stress andnot paying enough attention to saftey issues.

I got hurt in different ways. The most significant is three cracks in my head.bleeding in my brain and a disfunctional ear.

Im now trying to cure myself at the hospital and come back full strengt asap. As where I am in my recovery I wish to focus on getting better and not to go through the whole scenario over and over again. Take care of eachother…..life can show its ugly face when you least expect it

The band issued their own statement as well:

“This have been a rough week. Seven days ago Mr. V was seriously injured in an falling accident. This resulted in multiple fractures to the skull, brain hemorrhage and momentary dysfunctional hearing on one ear. We have intentionally kept this off the radar, till he felt fit enough to update the public himself. So his post on Facebook today should be regarded as an heartwarming and uplifting statement of his recovery.

We would like to wish our collegua and dear friend all the best, the best possible treatment and a speedy recovery to full health. Also all the best to his closest family, his wife and kids in this difficult situation.

In the current situation Mr. V’ process of recovery and regaining health is the most important thing. The release of our new album might be delayed accordingly, as there is absolutely no option to leave our bro behind or in any way compromise on his recovery.
Get well bro!

Jamey Jasta (Hatebreed) has premiered the 39th episode of his podcast, “The Jasta Show.” This time it features an interview with Vincent Bennett (The Acacia Strain).

Venom have announced the release date for their new album, From The Very Depths. It will be out on January 27, via Spinefarm Records and will contain 14 new tracks.

Cronos said the following about the effort:

“This album is perfect, all three members are totally over-the-top confident with the new songs and the production. We had a great atmosphere in the studio while we were recording. Dante created pure thunder from his drums, while Rage tears the flesh off your face with his riffs, making everything fall into place so well. It’s a strong release and really shows the band maturing into an unstoppable force of pure Black Metal. We can’t wait to play the new songs live for the Legions… Hell Yeah!”

The Acacia Strain’s tour van was hit by a drunk driver. The accident has resulted in the cancellation of the band’s immediate shows.

This cool drunk dude ran into our van while it was parked. What a cool guy. pic.twitter.com/3818LTCr6e

The band issued the following statement about the cancellations:

“Due to a drunk driver hitting our van last night, we will be missing tonight in Montreal and tomorrow in Toronto. We PROMISE we will do shows to make these up as soon as we can. See you in Cleveland.”

While She Sleeps have premiered a new video for their new song “Four Walls,” via Gigwise. This song will be on the band’s new album Brainwashed, which will be released March 23, in Europe. There is no information about the North American release date at this time.

Attila have premiered a new video for their song “Proving Grounds,” via Revolver. This song is from the band’s new album, Guilty Pleasure, which was released Monday (November 24).