Epica have premiered a new video for the song, “Victims Of Contingency.” This song comes from the band’s sixth studio album, The Quantum Enigma.

Hate Eternal have revealed that their new drummer will be Chason Westmoreland.

Erik Rutan said the following about the new addition:

“Please give a warm welcome to our new drummer Chason Westmoreland!!! We are extremely excited to have Chason join Hate Eternal and add his monstrous style to the band! Chason is an incredibly dynamic drummer and has really added a powerful and beastly element to the band and our new record. Chason has finished all of his drum tracking and did an amazing job!! We cannot wait to finish and release the new Hate Eternal album for a 2015 release!! Lots of touring to follow! There is a brief interview with Chason and I as well as some RAW audio/video footage from a GoPro in Mana Recording Studios!! Enjoy!…….RUTAN“

Head over to Sick Drummer Magazine to see the band’s full interview.

Napalm Death have revealed that their new album, Apex Predator – Easy Meat, will be released on January 27, via Century Media. A few revealed song titles include: “Copulating Snakes”, “Dear Slum Landlord”, “What Is Past Your Prologue” and “Stunt Your Growth.”

Mark “Barney” Greenway said the following about the effort:

“Sometimes you have to ponder long and hard for an album title, but following the Rana Plaza disaster of last year (collapse of a textile sweatshop building in Bangladesh), it spurred me on to try and craft an exposé of slave labour in the modern world (and the surrounding conditions propping it up).

Some in power like to declare that slavery is consigned to the history books. But if you look beneath the surface it is alive and well in many different forms – it just has a different face now, and exists in ways that may seem ethically ambiguous. Using the terminology of evolution particularly interests us, so in this case the ‘Apex Predator’ represents those who bring the slavery to bear (and capitalise from it), and the ‘Easy Meat’ is of therefore those who feel they have no option but to comply.

Fittingly, the music on ‘Apex Predator – Easy Meat‘ is punishing. We feel it’s more ambient, more expansive, more unsettlingly discordant than ever, and importantly, still extremely rampant at excessive speed. We hope in every respect – both musically and lyrically – this album will make your eyes burn with the harsh sonics and harsh visions of the dumping ground of globalisation.”

Jamey Jasta (Hatebreed) has premiered the 31st episode of his podcast, “The Jasta Show.” This time it features an interview with Corey Taylor (Slipknot, Stone Sour). In this interview Taylor also reveals that Stone Sour’s covers album will be called “Meanwhile In Burbank”

Abysmal Dawn have premiered a new video for their song “Inanimate.” This song is from the band’s new album, Obsolescence, which was released on October 28 via Relapse.

Metallica are planning on releasing a super deluxe remastered versions of their first two albums, Kill ‘Em All and Ride The Lightning, in 2015. The band are also calling on the fans to submit recordings, videos and pictures they may have from that era.

“A little over two months ago we reached out to you for your assistance with the definitive Master of Puppets book that author Matt Taylor is assembling and you came through in a very big way – thank you!! We’re back again hoping you can dip into your personal archives and find some gems from the Kill ‘Em All and Ride The Lightning eras as we prep deluxe remastered versions of those two albums coming in 2015.

We want it all! Did you manage to sneak a video camera into a show long before they fit in your pocket? Maybe your old instamatic camera for some snap shots? A cassette Walkman with a microphone? We’re looking for anything and everything… audio, video, photos, fliers, ticket stubs, the set list you picked up off the floor, and in general any mementos you may have from that around that time. Make your mark on these albums by e-mailing us at submissions@metclub.com to share your story and receive more info about submitting photos, videos, audio recordings and other mementos.

Remember, we want everything (well, everything that’s yours)! Nothing is too small or too trivial… share your archives with your fellow fans and have some fun with us walking down memory lane. By submitting it, you’re saying we can use it should your piece of history land on a release (yes, the lawyers made us add this part!).”

Black Veil Brides have premiered a new video for their song “Goodbye Agony,” via Revolver. This song is from the band’s new self-titled album (also known as IV), which was released on October 27.

In a new interview with Loudwire, Avenged Sevenfold’s M. Shadows revealed the band’s plans to release a new DVD. He also discussed the band’s upcoming tour and new album plans. 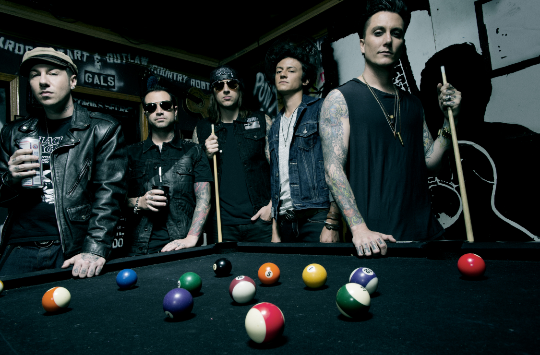 Here is his full statement:

“We’re going to do Southeast Asia and China in January. I think we’re going to do Hawaii through all of that, so there’s one U.S. date. We wanted to end it after Mayhem and then we said, “You know what, we owe it to Southeast Asia because those happen to be some of our best fans in the world, hands down insane. We never came there on this album cycle. We missed Jakarta on the ‘Nightmare’ album cycle because of a stage issue. So we just owe it to them. Then we said, “While we’re there, why don’t we hit up China?” We don’t know how that’s going to go, but we’re excited about it.

Then we have the DVD we’re working on right now. It’s the next project and we’re dealing with mixes and edits and artwork. Then that should come back early next year and then we’ll take some time off, maybe start writing a record in the summer or September, who knows? We’re starting to get that fire back to where you feel like you have something to prove and that’s where we want to be. We want to go up there and be in the mix and put out some killer music.

It [the DVD] starts off just before Jimmy passes away. Then we just tell our story. Our story is obviously one that not every band has. Our story is one of loss, one that we lost our best friend and we went on to put out two consecutive No. 1 records and got to do Download Festival, Mayhem. So it’s basically tracking the whole thing through our own eyes and words, because no one has really heard our side of the story. Other people have just talked about it themselves. We’ve always been pretty private about it. So, now people are going to get to see visually what we went through and see some killer shows, Download Festival, Mexico City, Rock in Rio, Rock on the Range all mixed into one big package.”

Phil Anselmo (Pantera, Down) has issued a lengthier statement about Corey Mitchell, who died of a heart attack on October 27. Mitchell was a bestselling true-crime author and created the Housecore Horror Film Fest, along with Anselmo. 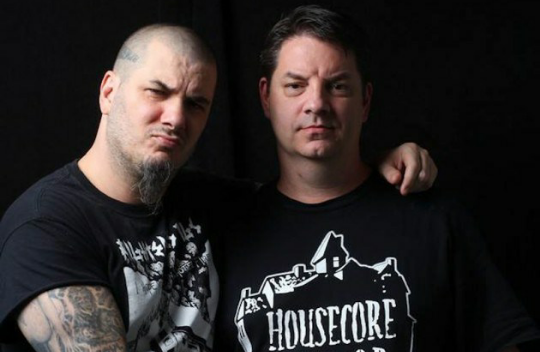 “This is stunning. After a weekend of incredible bands, awesome horror films and masses of fantastic people, tragically, unexpectedly, and with heart-crushing reality, co-founder of The Housecore Horror Film Festival, Corey Mitchell, passed away Monday, October 27th 2014, after the event ended. This is devastating on so many levels, I can’t and won’t go into how tremendous a loss Corey’s untimely death truly is. I was introduced to Corey first and foremost as a best-selling crime author, and shortly after that meeting I agreed to have him as my co-writer of an unfinished novel I’d been working on.

It was his idea to create a horror and film festival that would became The Housecore Horror Festival. He had a vision, and no one worked harder than him to see the event through. But forget festivals. Forget books. We lost a great friend. From all of us here at Housecore Records, we extend our utmost condolences to his wife, Audra, and his two beautiful young daughters. This is devastating on countless personal levels, and I’m finding it difficult to type these lines. We lost a brother. We lost a great man with a passion for everything that we love. He will be unfathomably missed… RIP Corey. His legacy will never be forgotten, nor will his friendship. With supremely heavy hearts, we mourn.

Metallica will be doing a week of performances on “The Late, Late Show With Craig Ferguson,” as part of its final season. These shows will begin on November 17. 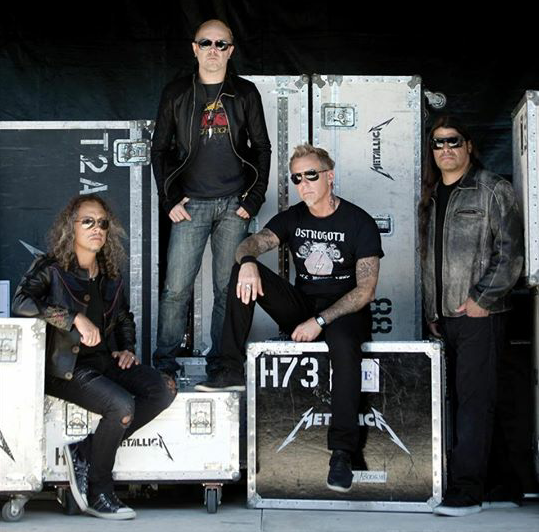 “We’re excited to celebrate Craig Ferguson’s final season on CBS as he has personally invited us to join him for an entire week of performances starting Monday, November 17th. We’ll be playing every night that week and on the first night (Monday) we’ll sit down with Craig to chat about all things ‘Tallica.

Met Club members should log in for information about how they can be a guest in the studio audience during the filming of the show in Los Angeles, CA.

Tune in to the Late Late Show with Craig Ferguson on weeknights at 12:37 AM EST.”